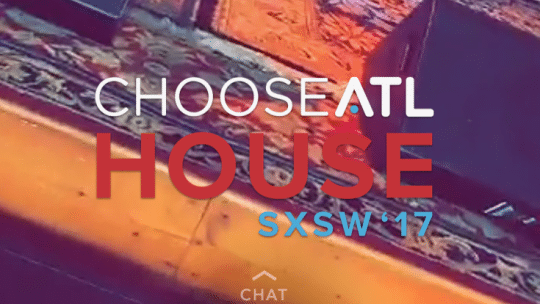 If you’re a PR professional and you’ve never had the opportunity to work a South by Southwest (SXSW) show on behalf of a brand, you should definitely add it to your career bucket list. Unlike other global trade shows like CES, SXSW is more of a PR Wild West. Why? Well, for starters, SXSW does not provide exhibitors and official partners with a media list.

There’s also the sheer geography of SXSW—every street is lined with branded facades as companies take over venues for experiential marketing stunts. Not to mention the volume of social media and social ads that pump through every channel. Simply put, PR professionals have a lot to overcome in order to cut through the clutter. Despite the cacophony of communications, SXSW is still an ideal place to launch a product, debut a startup or build massive awareness. Here are some tips the AR|PR team picked up this year to help you plan for SXSW 2018 (yep, it’s already time to start getting reservations and plans locked in for next March).

Competition is fierce for attention at SXSW and there’s literally hundreds of activations occurring at once, making it tough to get reporters to your event. Also, later in the day is the hardest time to get journalists to attend a program as they’re pulled in a million directions by noon. As Inc. Magazine’s Sal Rodriguez tweeted:

However, the good news is that if you get a reporter to show up, he or she will likely bring colleagues. Just like any normal human being, journalists want to attend parties and shows and share celebrity sightings with their friends, so always offer them a plus one. SXSW is better when shared, so it’s very common for press to bring more press in tow. WIN-WIN. Social media is aflame during SXSW, and for good reason. If your event isn’t an “official” SXSW program, then the festival doesn’t promote you, give you a listing in the conference guide, etc. So, social media is the most effective (and cheapest) channel to make your own buzz. Here are some tips:

Let’s face it—everyone at SXSW is trying to do something odd, unusual, provocative or noteworthy. Press and consumers alike are inundated with claims of “epic parties” and “ultimate experiences.” But seeing is believing. The brands that won the battle this year were the ones that were able to prove their worth via experiential visuals. Marketing events and PR activations that included virtual reality and augmented reality were hands down the most successful. Here are two of the AR|PR team’s favorites that press also flocked to:

Last But Not Least…

But if you really want to get your brand some attention, just take off your clothes and run through the streets. It worked for Bravo this week (#stripped at #sxsw).

I feel so over dressed #SXSW #stripped pic.twitter.com/lQt6QPsjbR

Anna Ruth Williams founded AR|PR in 2012, which quickly rose to become the Bulldog Reporter’s 2016 Technology Agency of the Year. With a love for building culture and creating jobs, Anna Ruth has led AR|PR to become a PR News Top Place to Work in PR with offices in Atlanta, New Orleans and soon San Francisco. She is a member of the advisory board for PR News’ Social Shake-Up, which will be held May 22-24, 2017, in Atlanta. Follow Anna Ruth: @AnnaRuth