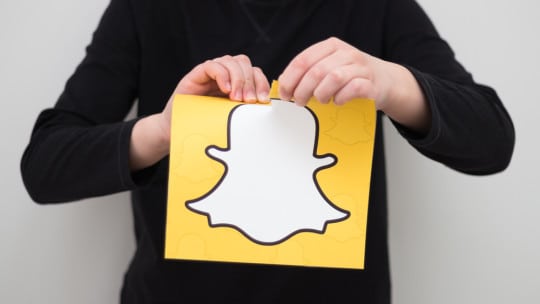 Will Snapchat Survive Its Redesign?

Snapchat’s main appeal has always been its ephemeral nature—it’s the social platform that insists users post only what’s happening in the moment, with those posts only being able to be viewed within a 24-hour window.

But a recent update allows users to post previously captured content without a telltale “Memories” white border, causing many to wonder whether Snapchat will be able to continue to stick to its guns and differentiate itself from other platforms following a redesign that’s being tested abroad.

The redesign, which aims to court advertisers and make the interface easier to use (especially for the 35-and-above set) is currently being tested in the U.K., Australia and Canada, according to TechCrunch. But so far, users in those countries have not been impressed, posting negative reviews on the App Store and tweeting complaints at Snap Inc.’s support handle.

@Snapchat @snapchatsupport your new update makes the app sooooo bad… the layout BLOWS! How can I go back to the old Version

One element of the redesign lumps together messages, posts and ads. While inserting ads into private messages may please advertisers—who are now aware of a recently leaked stat that showed users spend far more time messaging than posting Story updates—it has failed to impress users.

The new update to Snapchat makes my brain hurt… if I wanted to watch a bunch of paid commercials I would turn on my TV. Time to switch over to instagram stories permanently #snapchat#snapchatupdate#instagram@Snapchat@snapchatsupport

Though the redesign strays from Snapchat’s main differentiators as a platform—ephemerality and exclusivity (teens like that their parents have little facility with its nonintuitive interface)—there may be hope yet for the app’s survival amid coming changes.

Larissa von Lockner, PR and social media manager at PwC, sees the coming changes as an opportunity for communicators to challenge themselves. She says, “Snapchat’s redesign is a reminder to brand marketers everywhere that the social landscape is evolving more quickly than ever, and that these fundamental changes are no longer a rare occurrence. Marketers must embrace change as the new normal and must learn to work in symphony with complex algorithms and platform changes.”

Consider Twitter’s recent transition to 280-character tweets—while many argued it was a departure from the platform’s unique brand of concision, users appear to have adapted to more breathing room. Humans, after all, are wired to adapt by nature, and Snap Inc. can only hope its users do the same.