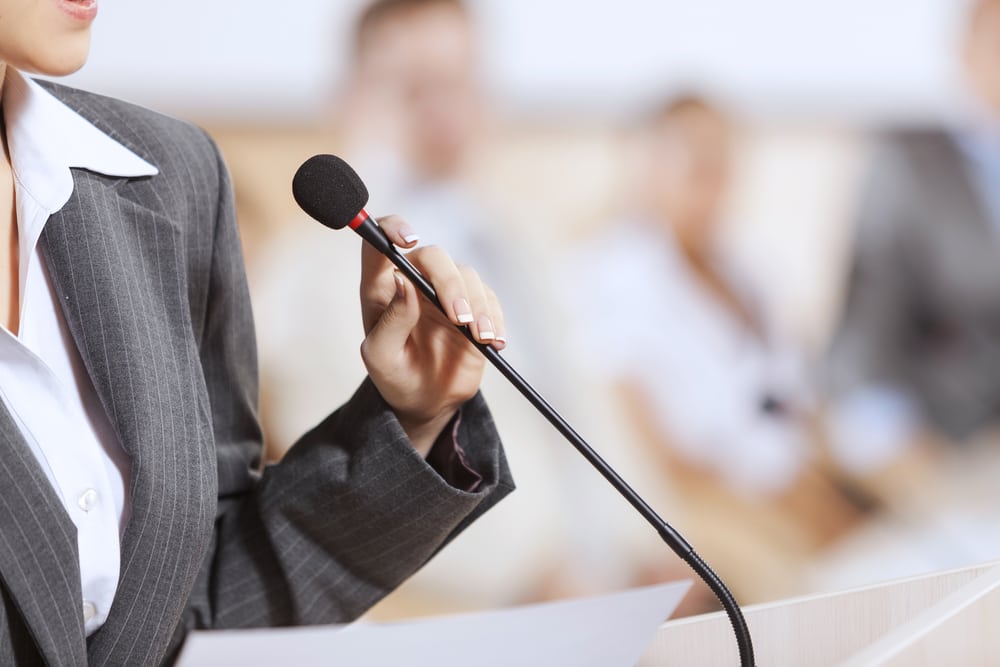 Welcome to the #SpeakHERS Movement

I’m going to break my own rules. I wrote an entire blog post on hashtags and about how starting a new one may not be the best tactic. And here I am writing about starting a new hashtag.

I’m really tired of going to social media and marketing conferences and seeing the same speakers, all men, and a smattering of women. The group of women is mostly the same, too—it’s like we’re our own club within a club. There are a few exceptions to this rule (I’m looking at YOU, Social Shake Up—thanks for repping us) but it seems I’m not the only one with this opinion. 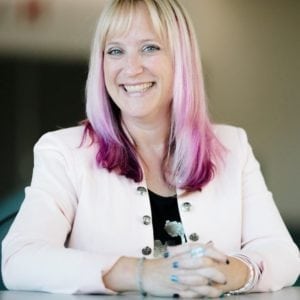 I recently posted on LinkedIn (with a native video of me waxing poetic about it) and 6,000 video views plus almost 100 comments later, I realized I’d stumbled onto something.

It all started when OnlineGeniuses.com asked me to participate in an AMA (ask me anything) with them. I told them I would if they would do me a favor.

Their website had a header image featuring a collage of past guests. I know why they chose the faces they chose, because I’d recognize them anywhere and I’ve seen them everywhere for a long, long time. All men. All white.

I asked them if they would consider changing their header image. Their lineup was fantastically diverse, but you’d never know it without scrolling. I asked them to add a woman to the header image.

They were not only willing to do it, but they were excited to do it. Turns out, they knew this was something they needed to improve on, but they were stuck. I unstuck them, so they chose my purple-haired mug to add to the image, which wasn’t the point, but they insisted and I took the win.

What I realized is that women inherently don’t like to ASK for these things. We want to BE ASKED. And people aren’t asking enough. The point isn’t to take any opportunities away from men; it’s to add opportunities for women. So now I’m asking.

Conferences, will you take a #SpeakHERS pledge on social media, right now? Click to tweet that you’ll commit to asking more women to speak—and ask your audience to recommend women speakers in their own networks.

Men who attend conferences, will you take a #SpeakHERS pledge on social media, right now? Share this article, make a recommendation of a woman in marketing or social media who has a story to tell and might like to be asked to tell it.

Men who speak at conferences, with you take a #SpeakHERS pledge on social media right now? Click to tweet that you’ll commit to suggesting a woman speaker the next time you’re asked to speak.

Women who attend and speak at conferences, will you take a #SpeakHERS pledge in social media right now? Share this article, get people talking, leave feedback for conferences who do diversity well, and for those who don’t. While it pushes our comfort zone, we need to start talking about this. We need to put ourselves out there. We need to start asking, and not be embarrassed or have an “aw shucks” attitude when it comes to our unicorn-ness.

I tell people that a hashtag is like a party. If you start a new one, you’re having a conversation with yourself. You want to go to the party where the best conversations are already happening. The problem is that this that this is a conversation that needs to happen, so let’s start the party.

P.S. There was an idea on my LinkedIn post that we should start a website. This involves skills that I do not have. If this lights a fire under you, we could start a movement. Let’s connect.